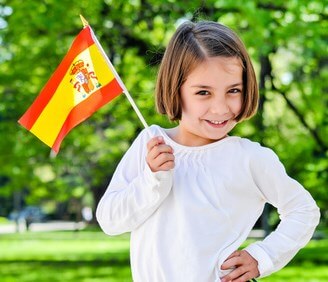 I’m quick to recommend finding a school or program that includes – or even better – relies on TPR as its principal instructional strategy. I taught in a TPR program for a number of years, in a school where all students (and I do mean all) were required to take a foreign language. In order to make what has traditionally been considered an elective class, a required one, you need to ensure that your instruction is accessible to all students. TPR is.

I didn’t originally adopt TPR as a major component of my instructional bag of tricks with dyslexic students in mind. I adopted it with all students in mind. Americans are famous for not learning other languages and for believing, not so much that they shouldn’t have to, but that they are not capable. For language teachers, this accepted presumption of incapacity is a huge hurdle, because it keeps many children and adults from even dipping a toe into the language pool! TPR was and is a wonderful way to turn that presumption on its head and show the learner that, not only can we learn, but under the right circumstances, it’s fun! 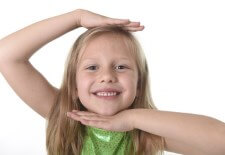 The research base for TPR dates back to the 1960s, and experiments performed with epileptic volunteers whose right and left brain hemispheres were surgically severed. (The idea was that epileptic seizures began on one side of the brain and migrated to the other, so if they could isolate the event to one side of the brain, the seizures might be less extreme.) After their surgery the volunteers underwent a large number of tests, that began to reveal the different functions of the right and left hemispheres.

Among the researchers was a psychologist, Dr. James J. Asher, who began to investigate some interesting relationships between language and movement. His work led him to formulate the theory known today as Total Physical Response, or TPR. Here’s the basic idea:

In the 40 or so years since Dr. Asher began experimenting with foreign language students, TPR has been shown over and over again, to be an effective and very natural way to approach language teaching and learning. All students, adults and children, with or without the dyslexic learning style, thrive in a language class that includes TPR.

TPR lessons begin commands involving the whole body – stand up, sit down, turn around, walk, stop.
Classes are active – you are not in your seat all period. The focus for the first weeks is on listening and moving in response to what the teacher says. There is heavy emphasis on listening comprehension, because the larger your listening comprehension vocabulary is, the larger your speaking vocabulary will become. The environment is one in which things happen and are talked about. It is also an environment which is purposely kept very free of stress, because we know that language is not acquired under stressful circumstances. Lots of language is learned in happy circumstances, especially while you’re having fun. 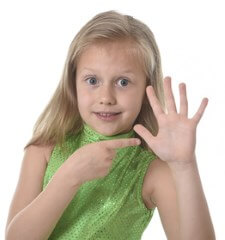 In most traditional foreign language classes, the underlying organization of the course is a progression through the grammar and syntax rules of the language, from simple to complex. In a TPR class, grammar and syntax are not taught directly. Rather, the teacher designs activities that expose the student to language in context, especially in the context of some kind of movement. With enough exposure, the grammar and syntax of any language will be internalized by the students through synthesis, not analysis.

Typically, the initial TPR lessons are commands involving the whole body – stand up, sit down, turn around, walk, stop. Those actions are demonstrated by the teacher, who then invites students to participate with her as she continues to say the words. Fairly soon, the teacher quietly stops demonstrating, and the students realize that they somehow just know what to do in response to the words. There is no translation. There is no such thing as cheating – you’re encouraged to look at what others are doing if you’re not sure what to do. You’re also encouraged to trust your body, because sometimes it knows what to do before your brain does!

As class proceeds, nouns, adverbs, prepositions are added until before you know it, students are performing commands like, ‘Stand up, walk to the door, open it, stick your tongue out, close the door, turn around, hop to Jessica’s desk, kiss your right knee four times, and lie down on Jessica’s desk.” In fairly short order, students begin to create their own commands and order one another around the room. There’s a lot of laughter, and a lot of learning taking place.

It’s not always and forever commands. An expert TPR teacher can teach the indicative, all tenses, idiomatic expressions – everything covered in a traditional class, using these techniques and others that dovetail nicely with them. It’s just that the instruction is designed to facilitate language acquisition, not learning a language through analysis, memorization and application of rules.

There are two points I’d like to make about TPR before closing. The first is that in a TPR classroom, the focus is not on analysis of linguistic structures, but on internalizing those structures for unconscious use. Traditional foreign language instruction starts with the assumption that we can learn to understand, speak, read and write by analyzing the grammar and syntax of the target language. But consider your native language: you did not need to learn the grammar and syntax of your native language in order to learn to speak it. You learned those structures, unconsciously as you learned to speak.

Our goal is truly to be able to understand, speak, read and write the language
Likewise, we do not consciously use grammar or syntax in understanding, speaking or reading – grammar and syntax are both structures that we study after we have become fluent speakers of our native language. We are more likely to make conscious use of this information to write or in situations where we must speak in a formal register, but day to day, for most of us, the grammar we have internalized is just that, an internalized framework that we do not access consciously in order to communicate 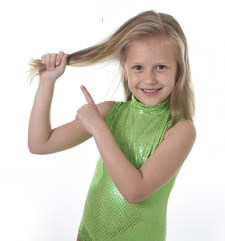 When we use TPR strategies to teach, our goal is truly to be able to understand, speak, read and write the language, not “about” the language. So analysis of language, learning terminology and all the many rules of a language form little or no part of a TPR-based curriculum. To my mind, that is as it should be. Those individuals who have a strong desire to know the language of grammarians, the rules and exceptions, can always find a class to satisfy that urge.

The Role of Creativity

The other point I’d like to make is that TPR instruction is highly creative, for both the teacher and the students. And in this sense it bears a relationship to parts of what we do in a Davis program. The teacher must overcome her training in the structure of the language and design activities that the learning brain perceives as real and interesting. Within these real experiences, students are free to generate all kinds of expressions using the language they’re studying, and to lead instruction in unique directions. Often students don’t realize how much they are learning while they are engaged in a TPR activity. They think they’re just having fun creating all kinds of new utterances and situations in the active environment in the room.

I think this creativity, the synthetic rather than analytic experience, the low stress, and generally accepting environment engineered by the teacher, are a large part of the reason so many students, including students with learning challenges, find TPR classes so effective and enjoyable. There are few other places in most school curriculums where the students themselves get to generate the speech and adapt the activities in the classroom to support their own needs and goals.