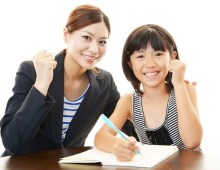 Since the launching of DDAI in 1995, tens of thousands of children and adults throughout the world have completed Davis programs.  Many have reported back on their experiences and many facilitators have included client reports on their web sites.

This page features a sample of the hundreds of comments received from the many individuals who have completed programs, and from their parents and teachers.

There was a remarkable change. What was most interesting for me to watch was his ability to read information around him – signs, posters, pamphlets etc. He had previously struggled so much with this type of reading. Also, he has read chapter books on his own now. Instead of reading aloud to me, he reads on his own. He stops to tell me about the story and read interesting parts, so it seems like he really is understanding and enjoying.

Our daughter’s confidence has grown tremendously and her ability to share with us what she needs to be a successful learner is wonderful. As we head into parent teacher conferences we are no longer filled with dread and fear. After her first evaluation with the reading specialist this year, she is reading at grade level! She is excited to continue to work on her trigger word list after feeling successful for the first time in years.

I have quietly struggled with dyslexia for many, many years.  Early last year I discovered the Davis Dyslexia Programme.

At the beginning of the course we set clear goals to aim for so I could see my improvement. Throughout the course there were several ah-ha moments when a problem was solved.

Over the years I have done various courses to help me improve my reading speed and spelling but I have found the Davis Dyslexia Programme the most beneficial.

I am looking forward to reading a book from cover to cover. I’m thinking more when I am writing – I like to be correct and do things in the right way. I am like that at work and now I am like that with writing too. When I wrote my first text yesterday without a single mistake, I felt really happy.

We completed the Davis Symbol Mastery List in six months and the changes in my son were phenomenal.  Ted’s reading level jumped more than two years and he is now working at grade level in all areas ( showing great strength in science and math). He can also, for the first time, remain focused for long periods of time.

We had a seven-year-old girl and ten and fourteen-year-old boys complete the basic program. Our fourteen-year-old did both the reading and eight-day math programs. Now, over six years later, all are above grade level in their basic skills.

Parents of 3 children, Minnesota - from New Hope for Dyslexics

Parent of child with autism and dyslexia, New Zealand - from Positively Dyslexic

I can now stop the dizzy feeling in my head. In the past I’ve talked to my doctor about it and could only describe it to her as “feeling off”. This week I’ve learned that it’s being disoriented AND I can correct it! I can already see improvement in my disorganized way of tackling tasks. I am able to approach things in a more systematic manner and actually complete a job!

The Davis Method of “detriggering” the disorientation caused by dyslexia is amazing! My daughter’s progress in two short weeks was not only amazing to me, but also to her teacher. Her penmanship, confidence and reading ability was significantly improved after her training away from the classroom.

When I think about where Alex is now, compared to where we started, it is truly amazing. Alex is making grades now that I never thought possible for him. It’s not the grades that are important, though. It is the complete change in Alex that is priceless. His reading and writing has not only improved 100%, but also his attitude and confidence. He actually enjoys reading.