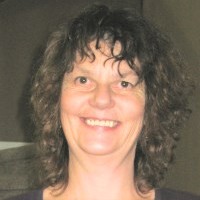 Featuring the work of Paddy Carson


Paddy Carson, the only Davis Dyslexia facilitator in Edmonton, will speak about dyslexia and how to correct it.

“I’ve done it as a parent of a child whose done the program, as an adult dyslexic who’s doing the correction program and now as a facilitator, so I’ve sat in all three places,” says Carson.

Carson will talk about the Davis Dyslexia Correction Program, a program developed by Ronald Davis, a man who also suffers from dyslexia.

by Matthew HeadMy website, Dyslexia Life Hacks, shares various tools, tips and tricks that I have… [...]

Things have gotten 1,000 times easier! I used to look at a book and think ‘that’s a lot of words’, but last night I actually read them.