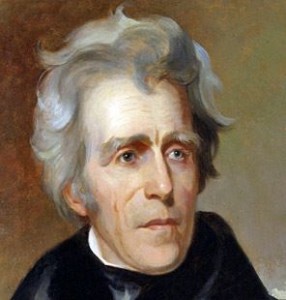 
It is a damn poor mind that can think of only one way to spell a word.

Andrew Jackson was the seventh President of the United States. Jackson gained national fame through his role in the War of 1812, where he served as a major general he won a decisive victory over the main British invasion army at the Battle of New Orleans.  His determination and devotion to his troops in battle earned him the nickname “Old Hickory.”

In 1824 he ran for President but lost to John Quincy Adams; but four years later he ran again and successfully unseated Adams. During a campaign, Adams denounced him as ” “a savage who can scarcely spell his own name.”

Jackson’s spelling was indeed creative; examples include “devilopment,” the continent of “Urope,” describing a “larg” audience,  a reference to a “femal character.”  He sometimes spelled the same word several different ways in a single letter.

I am an IT consultant who works in the software testing aspect of IT; I have built myself a very successful career over about 15 or so years; I have always struggled with reading and writing; although have a great mind for solution and big picture views. I have just completed your amazing course.  For the first time ever in my life I have become excited about reading (I’m nearly 40 years old!) My handwriting has changed so dramatically my wife did not believe it was mine!