Davis Influence on Other Works 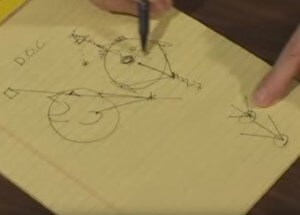 In 1980, Ronald Dell Davis made the groundbreaking discovery that challenged and changed the view of dyslexia worldwide. Through experimentation he learned that he could control his own dyslexia by shifting his mental perspective, and through clinical research with other dyslexic adults he gained insight into the root of their difficulty with words and reading. A year later he opened his first clinic, and in 1994, after working with more than a thousand children and adults, published the first edition of The Gift of Dyslexia.

Davis’ influence on educators and researchers is reflected in a growing body of academic and popular literature incorporating, exploring, or referencing his ideas and the dyslexia correction method developed from them.

The 1994 publication of the book, The Gift of Dyslexia described a new theory of dyslexia which has influenced many researchers. Rather than looking at dyslexia as a disability or mental defect, Davis described it as a function of picture-thinking,...

List and descriptions of books written by Davis Dyslexia professionals.

The book, The Gift of Dyslexia was first published in 1994, and has been translated in more than 20 languages. Ronald Davis' groundbreaking view of dyslexia has influenced educators and researchers worldwide, and Davis Facilitators are now offering ...

Articles and books exploring Davis methods as compared with other educational approaches.

The Davis Method of “detriggering” the disorientation caused by dyslexia is amazing! My daughter’s progress in two short weeks was not only amazing to me, but also to her teacher. Her penmanship, confidence and reading ability was significantly improved after her training away from the classroom.