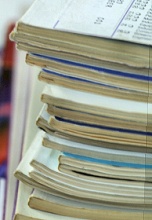 The 1994 publication of the book, The Gift of Dyslexia described a new theory of dyslexia which has influenced many researchers. Rather than looking at dyslexia as a disability or mental defect, Davis described it as a function of picture-thinking, with an accompanying array of strengths and abilities. Davis’ groundbreaking view has intrigued and influenced many researchers.

This page lists articles published in research journals or through universities or public agencies which include reference or citations to Davis’ books or the Davis approach to dyslexia.

Jeffrey W. Gilger. Beyond a reading disability: comments on the need to examine the full spectrum of abilities/disabilities of the atypical dyslexic brain. Annals of Dyslexia. , 2017.

Sakai, Noburu. A comparative study on educational support for students with learning disabilities between Japan and the U.S.. The Online Journal of New Horizons in Education. Volume 7, Issue 1, January, 2017.

Kramer, Sara. Is there a link between perceptual talent and dyslexia?. The Journal of Inclusive Practice in further and higher education. Issue 7. pp 34-48, 2016.

Hill, Andrew. An Examination of the Experiences and Perceptions of Dyslexic Police Officers in England and Wales. De Montfort University. PhD Thesis, 2013.

Coltheart, Max, and Genevieve McArthur. Neuroscience, education, and educational efficacy research. Neuroscience in Education: The good, the bad, and the ugly. , 2012.

Sanderson-Mann, Jo; Wharrad, Heather J.; McCandless, Fiona. An empirical exploration of the impact of dyslexia on placement-based learning, and a comparison with non-dyslexic students. Diversity and Equality in Health and Care. Volume 9, Number 2, pp. 89-99, August, 2012.

Skinner, Tina. Women's perceptions of how their dyslexia impacts on their mothering. Disability and Society. 12 July, 2012.

Yates, Rowdy. Bad mouthing, bad habits and bad, bad, boys: an exploration of the relationship between dyslexia and drug dependence. Mental Health and Substance Use. 9 August, 2012.

Mihandoost, Zeinab, Habibah Elias, Sharifa, and Mahmud Rosnaini.. Comparison of the Reading Motivation and Reading Attitude of Students with Dyslexia and Students without Dyslexia in the Elementary Schools in Ilam, Iran. International Journal of Psychological Studies. 3(1):17-27 (June), 2011.

Ahmad, Fouzia Khursheed. Use of Innovative Techniques for Education of Children with Learning Disabilities: Successful Initiatives for Inclusive Education. . , 2010.

Bell, Sheena. Inclusion for adults with dyslexia: examining the transition periods of a group of adults in England: Clever is when you come to a brick wall and you have got to get over it without a ladder.. Journal of Research in Special Educational Needs. 10 (3): 216-226, November, 2010.

Gabor, Georgina. Can students with dyslexia be effectively supported in the diversity of an international school setting?. Journal of Research in Special Educational Needs. Volume 10, Issue 1, pages 3141 (March), 2010.

Akhavan Tafti, Mahnaz, Mansoor Ali Hameedy, and Nahid Mohammadi Baghal. Dyslexia, a deficit or a difference: Comparing the creativity and memory skills of dyslexic and nondyslexic students in Iran. Social Behavior and Personality. 37 (8), 1009-1016, 2009.

Engelbrecht. René Jeanne. The effect of the Ron Davis programme on the reading ability and psychological functioning of children. . , 2005.

Department for Education and Skills. The Davis counselling approach. A Framework for Understanding Dyslexia. , 2004.

Cooper, R. Diagnosing Dyslexia: A Critique of the Use of Norm-referenced Statistical Methods and the Case for an Inclusive Learning Approach. SKILL Journal. Issue No. 68, November 2000, 2000.

This 4-day (30 hour) workshop is an introduction to the basic theories, principles and application o

This 5-day (30 hour) workshop is an introduction to the basic theories, principles and application o

Arije-Aike de Haas is a dyslexic researcher studying educational sciences at a German university. He

Researchers know that dyslexics learn to read differently, but schools continue to focus on children

Help, I forgot everything! I regularly have children who tell me that they have “forgotten everythin

Parents seeking help for their dyslexic kids usually have one question uppermost in their minds: wil

Arije-Aike de Haas is a dyslexic researcher studying educational sciences at a German university. He

The life of a neurodivergent can vary greatly. On some days outsiders may barely notice any outward

Researchers know that dyslexics learn to read differently, but schools continue to focus on children

In this video, I discuss who I am, the job I do as a Davis facilitator and who Ron Davis

The progress our son has made this year is remarkable. He is now able to complete a test within a class period. He has grown more confident as his skills improved. His time spent on homework has been cut in half and he is working independently. He is an honor roll student.