Comparative Study – Italy, 2003: Researchers evaluated reading speed and accuracy of dyslexic students receiving eight different treatments. The study included a counseling approach which used Davis Orientation Counseling but not the Davis tools for reading practice or word mastery. The group receiving the Davis orientation instruction included 16 students, grades 3-8; the numbers of students in the other treatment groups ranged from 9 to 21, grades 2-8. The Davis group showed the greatest increase in reading speed, with passage reading at a rate that was double or triple the speed of students in other groups. The researchers concluded that the Davis-based model was the most efficient of all methods studied based on reading speed alone. However, the Davis group had a higher error rate for passage reading, although the ratio of errors to reading speed appeared equivalent or better than other groups. 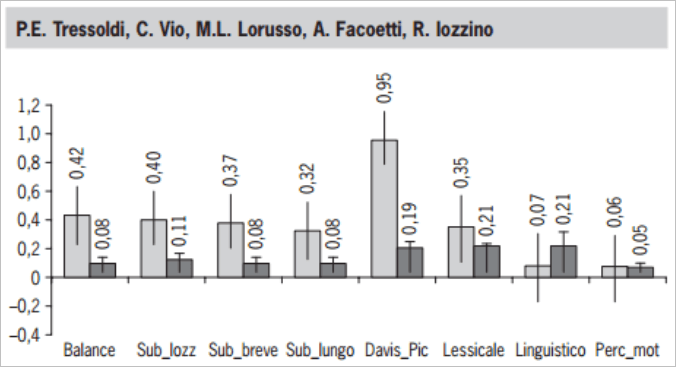