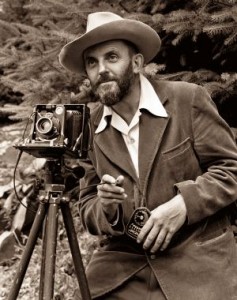 
When words become unclear, I shall focus with photographs.

Ansel Adams was a California-born nature-lover and photographer, who became famous for his iconic photography of Yosemite National Park and other parts of the American west.

There is also the distinct possibility that he may have suffered from dyslexia. He was not successful in the various schools to which his parents sent him; consequently, his father and aunt tutored him at home. Ultimately, he managed to earn what he termed a “legitimizing diploma” from the Mrs. Kate M. Wilkins Private School — perhaps equivalent to having completed the eighth grade.

Despite his lack of formal education, Ansel’s work as a photographer was so highly regarded that he was awarded honorary degrees from Harvard and Yale. In 1980, he was awarded the Presidential Medal of Freedom, the nation’s highest civilian honor.

This 30 hour workshop is an introduction to the basic theories, principles and application of all… [...]

The Dyslexic Iceberg: An Excellent Analogy
7 May 2021

by Hayley Butcher.  Dyslexia is a widespread and abundant, yet highly varying neurodiversity. The 'Dyslexic Iceberg'… [...]

by Vanessa Victor.  Relationships can cause us huge stress or bring us great joy, and dyslexia… [...]

by Matthew Head.  After reading the book The Gift of Dyslexia, I felt the overwhelming need/urge… [...]

by Arije-Aike de Haas.  In the mid-19th century, we defined dyslexia as an unexpected underachievement in… [...]

My reading is dramatically different. I understand so much more, even from books I’ve already read. From the very beginning of the program, I could see a big difference in my reading and comprehension.