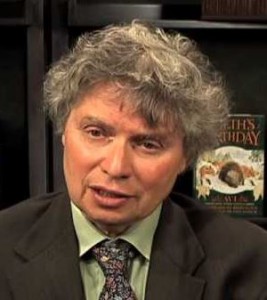 Avi is the pen name adopted by by children’s author Edward Irving Wortis. He has written more than 70 books geared to children and young adults. He won the Newbery Medal in 2003 for his book Crispin.

Throughout elementary and high school, Avi was marked down for his poor spelling, sloppiness, and tendency to reverse letters on papers and homework.

Avi has spoken freely in many interviews about his childhood difficulties, which he attributes to dysgraphia as he had difficulties only with writing and written expression.

I have what is known in the reading world as ‘symptoms of dyslexia.’ …letter reversals, pretty bad spelling, and what looks on the paper like sloppiness. This was throughout my early schooling and high school.

When I finally got to college, I was so sick of being criticized and being told ‘sloppy’ and ‘careless’ that I didn’t take any English classes. I didn’t take any of those requirements. But I was reading and writing voraciously. I sort of just didn’t know any better, and kept going.