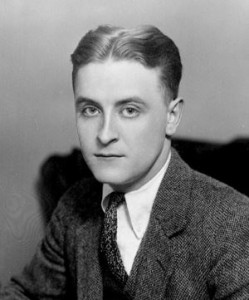 F. Scott Fitzgerald, author of The Great Gatsby, was notoriously bad at spelling.

Although he was an avid reader and showed an early talent for writing, Fitzgerald was a poor student who  struggled to achieve passing marks in both grade school and in college. He was kicked out of school at the age of twelve because  he had difficulty focusing and finishing his work. He briefly attended Princeton University, but failed most of his courses and was on academic probation when he chose to drop out and enlist in the military.

After reading a typo-filled version of This Side of Paradise, literary critic Edmund Wilson—a former classmate —declared it “one of the most illiterate books of any merit ever published.”

Fitzgerald wasn’t even able to spell the name of one of his closest friends, Ernest Hemingway, often misaddressing him in correspondence and papers as “Earnest Hemminway.” The editor of his collected letters called him a “lamentable speller” who struggled with words like “definite” and “criticism.”

All the things they say should happen after the program, have happened. It’s made a huge difference in his reading and writing. As a parent I can endorse it 100 percent. I don’t work with dyslexic kids myself, but I’ve never seen anything like this program.