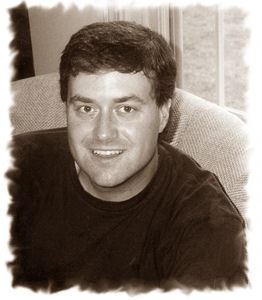 
In 1979, prior to many discoveries in the field of learning disabilities, I was broadly diagnosed as “learning disabled, presumed dyslexic” — a theme that resonates through some of my works.

John Corrigan is a teacher, coach, and novelist. He has written a series of five novels about a dyslexic golfer named Jack Austin. Corrigan also writes under the pen names  D.A. Keeley and K.A. Delaney.

I was in 4th grade and we were doing long division in math. For me, it was like steps. It was like I was climbing a hill and for whatever reason, I’d fall. I’d climb the hill again and I’d fall somewhere else.

So I failed math when I was 9 years old.

Nobody really knew much about dyslexia. One of my teachers told my mother, “Just face it. Some kids are slow.” My mom wouldn’t accept that.

Later I met a specialist who said I was a poster boy for dyslexia.

When I got to college I thought I’d major in psychology or criminology, but when I took big lecture classes or took multiple-choice tests, I wasn’t doing well. But, the thing I could always do was write papers.

Jonathan has made huge strides; his grades are a full letter better in each subject.  He doesn’t resist homework, even writing assignments!  His spelling has improved dramatically and he reads for pleasure.  He’s clearly happier and more confident and fun to be around.