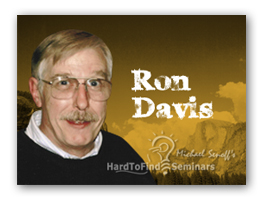 Featuring the work of Ronald Davis

Finally, A Treatment Plan For Dyslexics That’s Not Just A Band-Aid For Their Symptoms

The average person reads by “thinking in sounds” at a pace of about 2-8 words per second. The average dyslexic doesn’t think in sounds.

They think by picturing images – at a rate of 32 images per second! Because they think at this much faster pace, when they come across a word they don’t have an image for (like “the” or “and”), they stumble into a state of disorientation that we see as “dyslexia” (mixing letters, seeing things backwards, etc.).

But fortunately there is help. Ron Davis, author of The Gift Of Dyslexia and a dyslexic himself, says dyslexics are just highly creative people who think differently than most. So we can’t expect traditional methods for reading to work for them. And in this audio, you’ll hear the revolutionary approach that does work.

by DDAI.  An animated video inspired by "How Dyslexia Happens" from the book The Gift of… [...]