Author
Ronald D. Davis © 1994. Excerpted from Chapter 1 of The Gift of Dyslexia. 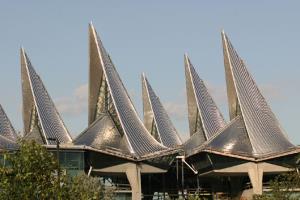 Usually when people hear the word dyslexia they think only of reading, writing, spelling, and math problems a child is having in school. Some associate it only with word and letter reversals, some only with slow learners. Almost everyone considers it some form of a learning disability, but the learning disability is only one face of dyslexia.

Once as a guest on a television show, I was asked about the “positive” side of dyslexia. As part of my answer, I listed a dozen or so famous dyslexics. The hostess of the show then commented, “Isn’t it amazing that all those people could be geniuses in spite of having dyslexia.”

She missed the point. Their genius didn’t occur in spite of their dyslexia, but because of it!

Having dyslexia won’t make every dyslexic a genius, but it is good for the self-esteem of all dyslexics to know their minds work in exactly the same way as the minds of great geniuses. It is also important for them to know that having a problem with reading, writing, spelling, or math doesn’t mean they are dumb or stupid. The same mental function that produces a genius can also produce those problems. 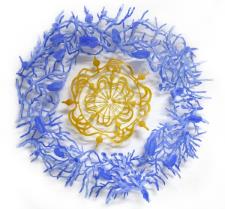 The mental function that causes dyslexia is a gift in the truest sense of the word: a natural ability, a talent. It is something special that enhances the individual.

Dyslexics don’t all develop the same gifts, but they do have certain mental functions in common. Here are the basic abilities all dyslexics share:

These eight basic abilities, if not suppressed, invalidated or destroyed by parents or the educational process, will result in two characteristics: higher than normal intelligence, and extraordinary creative abilities. From these the true gift of dyslexia can emerge — the gift of mastery.

Most dyslexics will exhibit about 10 of the following traits and behaviors. These characteristics can vary from day-to-day or minute-to-minute. The most consistent thing about dyslexics is their inconsistency. General: Appears bright, highly intelligent,...

The Story Behind our use of Clay to Model Words and Ideas When I was an infant, my mother was told I was a Kanner's baby. Dr. Leo Kanner coined the word autism in the US. For the first nine years of my life, I was oblivious to everything.

This program has been fabulous and my daughter has an interest in reading she has never shown before. She reads with growing confidence and she reads words that were once difficult with ease. She reads with conviction. My daughter came home the other night from school and actually read a whole Social Studies chapter out loud, not once did she ask me to finish reading which is her normal habit.