An Adult Testimonial to the Merits of the Davis Method 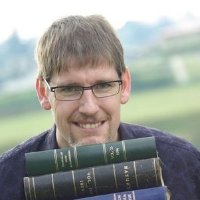 Before I can discuss the positively amazing impact the Davis Method has had on my life, first I should give some background about my dyslexia. I was diagnosed as a “severe to extreme” dyslexic while in my 3rd year of study at university. The reason this was such a late diagnosis is that there is a myth in our culture that dyslexic equals thick, or stupid. My supporting parents always knew I was not thick. So they always believed that I was intelligent, but if I was not dumb, in their view, I couldn’t be dyslexic.

By the time a tutor of infinite patience at the university’s Neligh Help Centre suggested I get assessed, I was very willing. Being diagnosed took a massive weight off my shoulders. It was a great moment of vindication. I remember walking home from the assessment filled with emotion and overjoyed that for all these years I had been blamed for things that were essentially out of my control. Suddenly all those teachers who condescendingly told me I was stupid, should take more care, try harder and just be more careful were wrong. In fact, they should have known that I had a “disability.” They − as the educated and senior ones − were more wrong than I was!

However, this joyous news was a double-edged sword. I still needed to function in a world that relied on the written word. I might have a name for the problem, but I still struggled and laboured for hours on assignments only to have the marks stolen by this disability. It made simple addition problematic, and mistakes reading exam questions led to consistently impaired exam scores. From the day of my diagnosis I was on the hunt for a theory that could explain what I experienced and help eliminate the problem.

My memories of the Davis programme are of discovery and joy.
About two years later, reading through the section on dyslexia at the local library I came across The Gift of Dyslexia by Ron Davis. I remember reading this book and thinking, “How could this man describe exactly who I am?” Reading the book aloud to my wife, I often laughed because it so adeptly described my rather quirky behaviour. However, at this stage, I couldn’t see a way of actually doing the work described in the book, as there were then no Davis facilitators in New Zealand.

A few years later, I became aware of a lady named Raewyn Matheson who was then working towards full Davis accreditation in New Plymouth. This was exciting news, and it took little effort to persuade my employer to sponsor me through the programme. (I had recently changed bosses and my lack of writing ability was driving my new boss up the wall. He was spending too much time proofreading and rewriting my work.)

My memories of the Davis programme are of discovery and joy. I found the course very easy to do. Raewyn is by far the most patient, understanding and loving teacher I have ever had the privilege to be tutored by. In her wisdom she was able to tailor the speed of the programme to my ability to handle the input and my emotional responses. It all came naturally.

The major breakthrough for me during that week related to the letters that were triggers for me.
I was worn out after every day. I believe that this was due to the intense amount of mental work occurring subconsciously, as my mind assimilated the information I’d been seeking for 25 years.

In addition, I did experience emotions that were sometimes quite chaotic. It was painful to realize that the problems I’d struggled with, been humiliated by, and lost all hope of resolving, were so simple and easy to solve. My heart cried out, “Why didn’t someone tell me, teach me about this before? Why have I spent my whole life battling against something that I didn’t need to? Why has the education system failed me so badly?”

The major breakthrough for me during that week related to the letters E, O and U. Until then, I had no understanding of what these letters sound like. They were triggers for me. That is, any time I saw these letters I experienced confusion. As a result, I could not accurately spell any word that contained these letters! Clearly, this constitutes the majority of words in the English language!

I distinctly remember sitting in a restaurant at the end of one day, staring across the main street of New Plymouth to a travel shop across the road. In the window I saw a painted sign that said something about the specials of the week. I was suddenly struck by the revelation for the first time in my 20-odd years of life that words are made up of letters! This may seem quite a ridiculous statement.

Of course, if you had asked me before this moment what words are made of, I would have said letters. But I had not internalised this information. For the first time I realized that if you arrange letters together you can sound them out and create a word. Spelling suddenly took on a whole new meaning. How simple is that!

From that day on, I really have not had difficulties spelling. I am far from being a perfect speller, but that’s a choice, not lack of ability.

For the first time I seemed able to read social situations, catch a ball, make friends.
Lastly, doing the orientation at the start of the programme, instead of feeling slightly out of joint with the rest of the world, I suddenly felt that everything was in its place. I liken it to a dense fog lifting, or putting on spectacles for the first time, or waking up from a vivid dream. Something clicked into place that had been missing.

For the first time I seemed able to read social situations, catch a ball, make friends– all the things that people take for granted but which I could never do. One of my great joys was to discover I am naturally athletic. After the painful childhood humiliation of always being among the last to be picked for a team, it is a wonderful feeling to pick up a sport really quick, watch a ball fall right into my hands, or sink five pool balls in a row as I did last week.

I could tell more about what my life was before Davis. But to be honest it is still far too painful. I used to joke with people that I wasn’t born before age 16, I just appeared. I stopped saying that when I realised that this was how I viewed life. There was a time buried in my past, full of emotional and psychological abuse, by not only my peers, but by those in authority.

Nobody knows about it and it sits in my memory, like night terrors, eager to taunt me with my worthlessness at any moment. I cannot fathom how anybody could say that childhood or their school days were the best part of life. To me they were a nightmare and it was a sweet blessing to escape.

I hope that my story brings you hope.

David Whyte is a successful researcher working in the dairy and biotech industry. He studied at Waikato University obtaining 1st class honours in a Masters of Science and Technology (Applied Optics). He then turned down scholarships to University of Cambridge and University of California, Davis to gain business experience in New Zealand. He has over a dozen patents in the biotech arena, and has presented around the world including, UK, Brazil, and USA. He is passionate about how all things work, and finds immense satisfaction in explaining the world around him through science. Happily married with three daughters he relaxes by gardening and puttering in his shed. He keeps fit by practicing martial arts and is about half way to a black belt.

Raewyn Matheson, a retired teacher, was the first Davis Facilitator to be licensed in New Zealand. There are currently more than 25 licensed Davis Providers in New Zealand.

Most adult dyslexics will exhibit at least 10 of the following traits and behaviors. These characteristics are often inconsistent, and may vary depending upon the day or situation. Career: Employed in job/position that will hide difficulties...

Adult Dyslexia and ADHD: Effects in the Workplace

Dyslexic employees are some of the smartest, most imaginative and highly motivated people in your workgroup -- and your company's management. Employers can easily adapt the workplace to help dyslexic people work more efficiently.