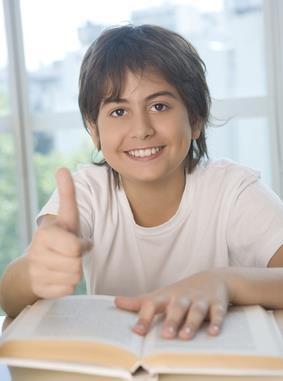 In 1994, my son’s life was turned around when we tried a few simple exercises that we found in a newly released book, The Gift of Dyslexia, by Ron Davis. After years of struggle, tears, frustration, and anger, my son’s reading problems seemed to dissipate almost magically, within less than an hour after we began the first exercise described in the book. The pain of reading gave way to a joyful rush of discovery, with my son eager to practice new-found skills. The little boy, then 11, who had struggled with 3rd-grade material became a voracious reader, exceeding grade level within a few months of practice.

I was delighted and amazed at the rapid changes I saw in my son, but I was soon disappointed to learn that many educators were skeptical of his approach. Despite the fact that Ron Davis had a 15-year proven track record before writing the first edition of his book, his work was rebuffed by many educators and established dyslexia organizations because of his innovative and novel approach. 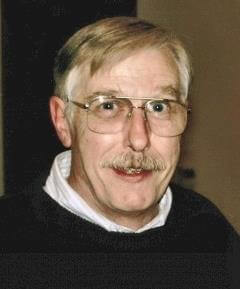 Ron Davis, himself a severely dyslexic adult, figured out how to ‘correct’ his own dyslexia before he ever came up with any theories about how to help others. Until the age of 38, he had always accepted the official pronouncements of the experts who had diagnosed him as mentally retarded. Although he had a measured IQ of 160, he understood that he would never be able to read or write without an arduous struggle, because there was something terribly wrong with his brain.

Then he noticed that sometimes his dyslexia got worse. An engineer by training, he reasoned that if he could figure out how to make his dyslexia worse, he might somehow stumble on the key to making it better. His first clue came from his artwork — he realized that when he was at his artistic best, he was at his dyslexic worst.

So he locked himself in a hotel room, and practiced making his dyslexia worse. Then he worked on making it better. After three days, a moment arrived when the letters on the hotel room guest card suddenly became legible to him. Stunned that the letters were all the same size, and that there were spaces between the words, he went to a public library, picked up the book ‘Treasure Island’ from the shelves, sat down, and read the book cover to cover before the library closed that day.

This was not the solution to dyslexia, but it was the beginning of a journey. Davis shared his ideas with others, discovering to his surprise that most of his artist friends were also dyslexic, and through a trial-and-error approach developed a reliable method for helping others to overcome their own dyslexia. About a year later, he opened his first reading clinic.

The Davis Theory of Dyslexia

The Davis theory came out of this early trial-and-error approach, as a way to explain why the Davis methods work. Rather than starting with a theory and using that as a basis to devise a method, Ron Davis worked backward from the solution. A better understanding of the theory eliminated the need for trial-and-error, and would allow the development of additional tools and techniques.

Davis theory can be summed up as follows:

Dyslexics are picture-thinkers
Dyslexics are primarily picture-thinkers: they generally think through mental or sensory imagery, rather than using words, sentences, or internal dialogue (self-talk) in their minds. Because this method of thinking is subliminal – faster than the person can be aware of – most dyslexics are not aware that this is what they’re doing. xics think in pictures or imagery, they tend to use global logic and reasoning strategies, looking at the ‘big picture’ to understand the world around them. They tend to be very good at strategizing, creative endeavors, hands-on activities, and solving real-world objective problems, but tend to be poor with word-based sequential, linear, step-by-step reasoning. When you look at a picture of a dog, you do not move your mind from tail to haunches to legs to shoulders to head to ears to nose to figure out you have a dog. You see all parts at once, and conclude ‘dog’. If most or all of your thinking is in pictures, you would become accustomed to figuring things out by looking at the whole object or situation at once.

Thinking primarily with images, dyslexics also tend to develop very strong imaginations, and to use a picture or feeling based reasoning process to solve problems rather than a verbal one. If they are at first confused (or intrigued), they will mentally turn an object around to look at it from different viewpoints or angles. From this thought process, they develop many unique abilities and talents.

Confusion triggers disorientation
This ability can also be the foundation for a problem. When disoriented, the individual will perceive their own thinking as reality. Most people experience a state of disorientation when looking at an optical illusion, or when exposed to misleading sensory stimuli, such as that created by virtual reality amusement rides. But dyslexics become disoriented on a day-to-day basis; it is their natural mental response to any confusing sensory information – as well as to creative problem-solving.

Dyslexics tend to have difficulty with unreal and symbolic objects, such as letters and numerals. In their effort to comprehend symbols as they would an automobile engine or an engineering diagram, they can become disoriented. This leads to the familiar symptoms of substitutions, omissions, reversals or transpositions in reading or writing letters and words. Disorientation is not limited to visual input; many dyslexics commonly mishear or garble words or the sequence of words in sentences. Their sense of time can seem distorted and their motor coordination can appear delayed or clumsy.

Old solutions impede progress
The repeated mistakes that result from misperceptions due to disorientation inevitably lead to emotional reactions, frustration, and loss of self-esteem. In an effort to solve this dilemma, each dyslexic will begin to develop a set of coping mechanisms and compulsive behaviors to get around these problems. Ron Davis calls them “old solutions.” Rote memorization, the alphabet song, getting Mom to do the homework, acting out, illegible handwriting to cover up poor spelling, skillful deception, and avoidance of any task related to school or reading, are some examples. These can begin to develop as early as ages six or seven. An adult dyslexic will have an entire repertoire of such behaviors. Now we have the full range of symptoms, characteristics, and behaviors commonly associated with dyslexia.

The most significant aspect of the Davis Theory in resolving dyslexia is the observation that when an auditory symbol – a word – lacks a mental picture and meaning for the dyslexic, disorientation and mistakes are the result. When we show a dyslexic how to turn off the disorientations at the moment they occur, and then help find and master the stimuli that triggered the disorientation, the reading, writing and spelling problems start to disappear. So do the “old solutions.”

In 1980, at age 38, Ronald Dell Davis overcame his own severe dyslexia when he found a way to quickly eliminate common perceptual distortions. For the first time in his life, he could read and enjoy a book without struggling. To his surprise...

The Davis Dyslexia Correction program is suitable for children age 8 and over, and adults of any age.   Licensed Davis providers have successfully worked with many individuals over age 70. The program typically includes 30 hours of one-on-one...

We view dyslexia as a result of an inherent mental gift or talent. People who develop dyslexia think in pictures, rather than words; they are imaginative and creative; and they try to solve problems by looking at the whole picture, rather than working ...