Home > About Us > Authors > Abigail Marshall

Abigail Marshall is the Webmaster and  Information Services Director for Davis Dyslexia Association International, and has been with DDAI since its founding in 1995. She is the author of several books about dyslexia, including The Everything Parent’s Guide to Children with Dyslexia (2nd Edition), and When your child has …. dyslexia. She is also the co-author, with Ron Davis, of Autism and the Seeds of Change.

Articles on this site

Scientists studying the brain have found that dyslexic adults who become capable readers use different neural pathways than nondyslexics. This research shows that there are at least two independent systems for reading: one that is typical for the majority of […]

The Basic Davis Methods: Ronald Davis theorizes that dyslexic individuals are picture thinkers who experience perceptual disorientations in the senses of time, vision, hearing, and/or balance and coordination. Davis Dyslexia Correction provides a solution based on two key elements: A […]

Building Skills for Visual Word Recognition Davis Spell-Reading and Sweep-Sweep-Spell are important because they build a vital center for reading in the brain. Beginning readers often rely exclusively on phonetic decoding strategies for all words, a process usually centered in […] 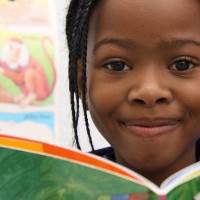 Researchers at University of the Free State in Bloemfontein, South Africa, compared the progress of 18 dyslexic students who were given instruction using Davis Dyslexia Correction techniques with a control group of students from the same school. Over a period of nine months, the Davis students performed significantly better on tests of word recognition skills and spelling. 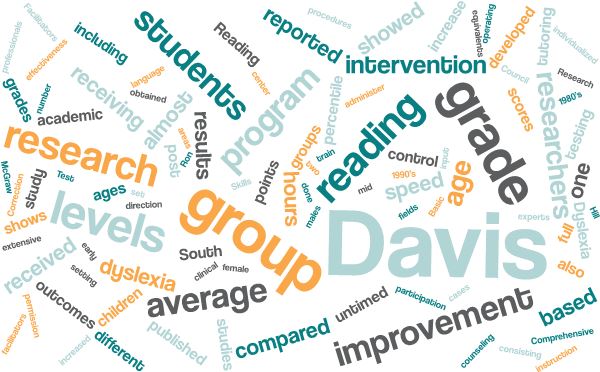 The Davis Dyslexia Correction program was developed through extensive clinical research in the early 1980’s, under the direction of Ronald Davis and with participation and input of educators, psychologists, and neurologists.  The program is now offered in multiple languages in […]

Ron Davis, himself a severely dyslexic adult, figured out how to ‘correct’ his own dyslexia before he ever came up with any theories about how to help others. Until the age of 38, he had always accepted the official pronouncements of the experts who had diagnosed him as mentally retarded.

The Undiagnosed Teenager with Dyslexia

Often, very bright children are able to compensate for their dyslexia in the early school years, but cannot cope with the greater intellectual demands of secondary level schooling. Some common signs that your teenager may have dyslexia are: Your child […] 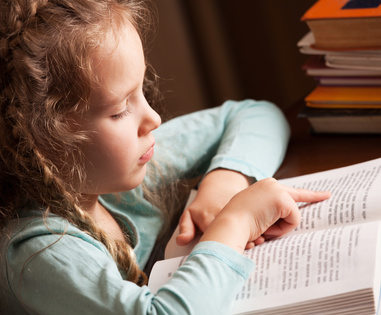 Traditional tutoring for dyslexia relies on intensive instruction in phonemic awareness and the phonetic code. But such teaching is an arduous process for many students. Often progress is slow, relying heavily on repetition and “overlearning.” While basic decoding skills may […]

Articles in The Dyslexic Reader:

by Carol Nelson.  We are pleased to report the recent release of our new French-language book… [...]

by Cathie Geraci.  If being orientated permits you to perceive accurately the facts of reality, wouldn’t… [...]

by Sharon Roberts.  If you think of your brain as a power grid, there are billions… [...]

by Arije-Aike de Haas.  Researchers working with children found that we dyslexics seem to be highly… [...]

The Second Elephant: Who invented reading and why?
5 November 2022

by Carl Nigi.  In this video, I discuss the second “elephant”: who invented reading and why… [...]