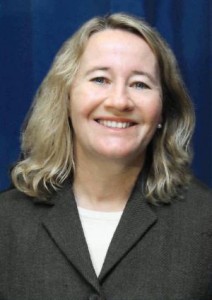 
As a scientist, one has to intuit many different things that are going on at the same time and apply those to a particular problem. Perhaps my ability to pull more information out of context and put together difficult ideas may have been affected by what I learned to do from dyslexia.

Carol W. Greider, PhD is an American molecular biologist who earned the Nobel Prize in Medicine for the discovery of telomerase, an enzyme which plays a major role in human disease and aging.

She spoke about her dyslexia in an interview given soon after her Nobel award was announced:

My parents were scientists. But I wasn’t the sort of child who did science fairs.  As a kid I had dyslexia. I had a lot of trouble in school and was put into remedial classes. I thought that I was stupid.

I kept thinking of ways to compensate. I learned to memorize things very well because I just couldn’t spell words.  So later when I got to take classes like chemistry and anatomy where I had to memorize things, it turned out I was very good at that.

She discovered a love of biology through lab work in college, but her dyslexia raised another obstacle when she applied to graduate programs.  She was rejected from many schools because of poor standardized test scores.

The GREs were probably where I would say I suffered the most in terms of not having as many options available to me because of those standardized tests. My grades were very good, but the test scores reflected something significantly worse than what my grades represented. Unfortunately in many situations, they use a standard cutoff … and if you don’t make the cutoff, then you’re not even considered.”

Fortunately, the University of California at Berkeley looked beyond her test scores, and invited her to interview for their program  It was there, as a graduate student, that Greider made the discovery that would ultimately lead to her Nobel prize.

Greider, who is also the parent of a dyslexic son, encourages persistence:

I’m a professor at John’s Hopkins. Just because you’re dyslexic, doesn’t mean you can’t do anything you want to do.”

by Arije-Aike de Haas.  This dyscalculia test for adults can be a good start to discovering… [...]

by Adam Gustavsson.  As a father of a dyslexic son, I have looked into many tools… [...]

by Kristiina Goyette.  I had always thought Dyslexia was only reading letters or numbers backwards. I… [...]

What an amazing week this was for Maryann! She was always full of excitement after spending the day with you. She was so happy with what she had accomplished. She now has a real sense of being able to be successful with her learning. She is bursting with self-confidence. That speaks volumes. You have given her so much…truly a GIFT!