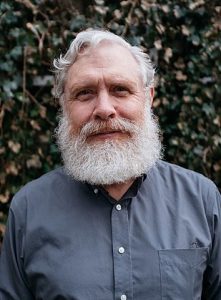 Known for his work in the sequencing of genomes, in synthetic biology, in genome engineering,  and in an emerging area of neuroscience that proposes to map brain activity and establish a “functional connectome.”

I was using books — even though I had a lot of trouble reading. By using the index and using photographs, I could figure out just about anything. So that kind of set me on a course of independent study. I was not particularly well adapted socially. I had dyslexia, narcolepsy, OCD, ADD — all these things were very mild, but made me feel different.”

All the failures I’ve overcome? That’s much more important than any successes. I had to repeat ninth grade. I had to repeat the beginning of graduate school. I lost my major source of funding just before I came up for tenure. … In each case, it helps if you can think out of the box and think of a new way of doing things. The other thing is: Follow your dreams, even if it does mean taking a risk. If you’re not failing, you’re probably not trying as hard as you could be. And being petrified of failure means you’re going to be probably a very extreme underachiever.

by Carol Nelson.  We are pleased to report the recent release of our new French-language book… [...]

by Cathie Geraci.  If being orientated permits you to perceive accurately the facts of reality, wouldn’t… [...]

by Sharon Roberts.  If you think of your brain as a power grid, there are billions… [...]

by Arije-Aike de Haas.  Researchers working with children found that we dyslexics seem to be highly… [...]

The Second Elephant: Who invented reading and why?
5 November 2022

by Carl Nigi.  In this video, I discuss the second “elephant”: who invented reading and why… [...]