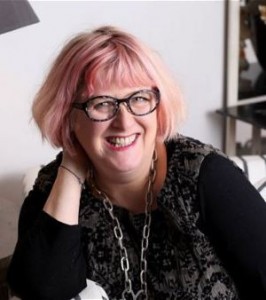 
Dyslexia is not a disability – it’s a gift. It means that I, and many other dyslexic thinkers can portray the world through images because we think in images. I can build worlds, freeze the frame, walk around and touch. I can read people’s faces, drawings, buildings, landscapes and all things in the visual world more quickly than many of my non-dyslexic friends. I paint with words; they are my colours.

At school I was the outsider, the odd one, the word-blind child who didn’t fit in. I lived in my head – a dreamer, a dyslexic teenager, a round peg in a square hole who was told I would be lucky to get any qualifications, let alone a job.

I eventually ended up in a school for maladjusted children, because no other school that would take me….I had been classified as “unteachable”, but at the age of 14, when everyone had given up hope, I learned to read. The first book I read was Wuthering Heights, and after that no one could stop me.

I’ve gradually been seeing people open up to and become more interested in the contradictions that are associated with being a dyslexic novelist. After all, you can spell every word in the dictionary and know every grammatical rule in the world, but this does not make you a writer, nor does it give you an imagination; an imagination is something quite unique to every individual and it needs to be treasured.

by Kate Gladstone.  Many children and adults find it especially difficult to read cursive writing. One… [...]

The Paradigm of a Learning Disability
12 June 2021

by Carl Nigi.  In this video I talk about the current paradigm of learning disabilities and… [...]

Dyslexic Note-Taking: How to Double Your Memory Performance
5 June 2021

by Arije-Aike de Haas.  Visual note-taking is a great way to boost memory performance for anybody… [...]

My Dyslexic Life – Following Instructions
28 May 2021

by Vanessa Victor.  A Trip to the Physio: In this segment I’m talking about how overwhelmed… [...]