We are often asked for recommendations about how best to apply Davis Symbol Mastery when working with students and clients who speak more than one language or must learn another language. There is no one pat formula because of the individual variations in situation, needs, and background. Some people want to learn a second language for personal enrichment. Some need to pass exams to graduate or to better their employment prospects. Some children speak one language at home but are being educated in another language at school. Dyslexics want to master reading, writing and spelling no matter the language. Some people first experience severe dyslexia symptoms only when trying to learn a second language. Others find learning a second language enriches their skills in their native language. Davis Symbol Mastery can be a useful tool for both enrichment and remedial purposes.

Whatever is done should be based on the client’s goals, age, and educational needs. Bear in mind that the objective of Symbol Mastery is mastery of the three elements of any symbol. For the dyslexic learner, the objective is to make sure all three elements are mastered and no longer cause confusion or trigger disorientation.

When working with children ages 8-9 or less, it is best to start Symbol Mastery on the letters, alphabet and punctuation marks in the child’s mother language. At early ages, cognitive development and language development go hand in hand. Thus, for the young child first learning to read, the language that is most fluent will be the easiest for opening the door to emphasizing the basic structure of written language.

For an age 10 or older bilingual person, assess strengths in Speaking, Reading & Writing in each language. Start Symbol Mastery with the strongest language for reading and writing.

For someone just starting to learn a second language, begin with mastering the basics symbols and trigger words of the language that is already spoken, before starting this process with the second language.

Be sensitive to the fact that many of the words on our Trigger Word list are used to describe our temporal (having to do with time) and spatial relationship to the world, and that these relationships can vary from language to language. 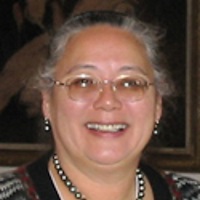 Alice Davis, Director of Davis Dyslexia Association International, has a degree in Counseling Psychology and Business Administration. She has worked with her husband, Ron Davis, since 1985 in their commitment to increasing international awareness of the positive aspects of Dyslexia […]