Disorientation, Confusion, and the Symptoms of ADHD 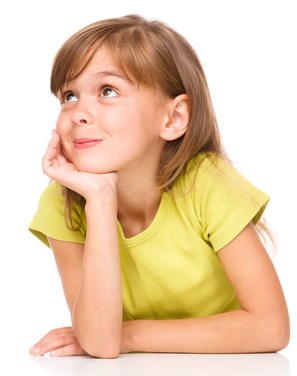 Disorientation and distorted perceptions do more than create symptoms of dyslexia. The dyslexic or ADHD child uses disorientation for entertainment; he may be disoriented for hours on end creating the imaginary world he plays in.

Because of their frequent disorientation, many dyslexic or ADHD individuals do not learn the basic lessons of life. Cause and effect do not exist in the disorienting child’s imaginary, alternate reality world. Thus, the child never learns the concept of consequence.

If we have time and sequence, we will also develop an inherent sense of order as opposed to disorder. But without the sense of time, we can never progress to understanding sequence or order.

A child who is disoriented experiences the following problems:

As we look at each experience in turn, we see how disorientation leads to behaviors associated with ADHD, inattention, impulsivity and hyperactivity.

Distorted Perceptions of Sound and Vision. 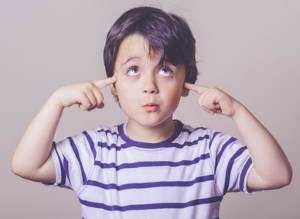 A child who is experiencing distortions in sound either does not hear what people say to him, or hears their words inaccurately. So of course he responds inappropriately. He thinks he is doing what was asked, but others see him as exhibiting opposition, or acting without thinking.

Since his vision is also distorted, the child does not see the task at hand correctly or consistently, so he makes mistakes. Often, the child can stop the perceptual distortions and regain a sense of control by shifting his attention to something else. He got disoriented, could no longer see or hear the task, shifted his attention to something else in order to reorient, and never got back to finishing the task.

When a person’s perception of time shifts or changes, his physical strength and stamina change. The child whose internal clock chronically moves faster lives two or three minutes while others are living only one. Not only does he have more time; he has greater strength and stamina. The world goes too slowly for him and he goes too fast for everyone else. This can cause behavioral problems, such as impulsivity and difficulty taking turns. 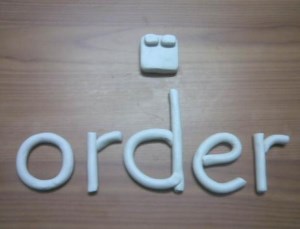 Impulsivity is described as acting before thinking. A child who thinks using nonverbal conceptualization skills—picture thinking—is thinking many times faster than the child using verbal conceptualization. When the child seems to act on impulse, it’s not that he didn’t think things through. Rather, his mind raced so fast that it looked like he didn’t have time to think.

Unfortunately, because of the child’s habitually distorted perceptions, he does not grasp notions of consequence or orderliness. So his thoughts do not include awareness of socially acceptable constraints, such as waiting one’s turn in line.

Difficulty taking turns: Because their time sense is distorted and has been distorted over long periods, disorienting children have no concept of order as opposed to disorder, sequence and time. Being in line to take a turn is being in a sequence, and there is an order of next in line goes next.

He sees the slide and wants to go down, so he runs over to it and tries to go up the steps. Somebody tells him, “Go to the end of the line and wait your turn.” Perplexed and angry at being chastised, he just pushes his way to the top of the steps to reach his goal.

His behavior is socially unacceptable because without the concepts of time, sequence, and order, he cannot even be aware that the other children are waiting to go. With no sense of time, there can be no such thing as waiting.

The disorienting child feels as if he is moving when he is not. If he just tries to sit still, he is likely to feel sick to her stomach. So he counters the false sensation by starting to move. He becomes jittery, tapping his foot or bobbing his head—this actually makes him feel like he is sitting still. He does not feel his restless motions; he is unaware that this is occurring until somebody points it out to him.

What Is The Solution? 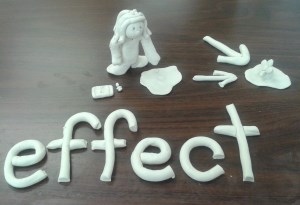 Because a child cannot modify behavior he is unaware of, the child must be given the tools of orientation, and then taught to be aware of their internal clock and energy level. After providing Orientation Counseling, a Davis Facilitator uses a technique called Dial-Setting. This provides the child with an imagined regulator or thermostat, so that he gains personal control over the setting of his internal clock. By having the child observe and become aware of how other’s `dials’ are set, the Facilitator gives the child a tangible way to set his own `dial’ at the same level.

The Facilitator then helps the child to master the concept of consequence. Through Davis Symbol Mastery, the child learns that everything that happens is a result of something else. Because of the child’s past time sense distortions, he may have never before made the connection between his own actions, and the reactions of others.

Once the child understands consequence, he needs to master the concepts of time, sequence, and order vs. disorder. He does this through continued clay modeling, guided by the Davis Facilitator.

It may take time for a child — or an adult — to overcome ingrained habits. However, with Davis Orientation, the person no longer has distorted perceptions, and begins to experience the passage of time consistently. Soon he will be living in the same world as others around him, and will start to act accordingly.

Why Drugs and Davis Don't Mix

Licensed Davis Facilitators usually will not work with clients taking medications commonly prescribed for ADHD, such as Ritalin, Strattera, or Concerta, as those medications generally interfere with the individual's ability to learn and apply the...

A Drug-Free Solution to ADHD Davis® Attention Mastery provides effective tools to help adults and children age 8 and over to address attention, behavioral, or organizational difficulties. About the program: Through working one-on-one ...

The Cause of Dyslexia: Anatomy of a Learning Disability

The individual encounters an unrecognized stimulus. This could be a word (written or spoken), symbol, or object that is not recognized. The lack of recognition causes a feeling of confusion. Confusion naturally and automatically...